Sands of Silence airs and streams on WORLD Channel and PBS

“For the last two decades, journalist and filmmaker Chelo Alvarez-Stehle has traveled the world investigating and documenting women’s experiences of sexual exploitation and sex trafficking.

In her award-winning documentary film, Sands of Silence: Waves of Courage—premiering on PBS on Sunday, Sept. 27—Alvarez-Stehle brings together the stories of women she has filmed with her own story of abuse and those of her family members.

Shot in Spain, Nepal, Mexico and the U.S., the film explores the spectrum of sexual violence—from sex trafficking, to child molestation, to trusted adults sexualizing the young people in their care. Avarez-Stehle delves into the devastating and long-lasting impact of this violence, showing how childhood experiences of abuse make women vulnerable to future violence, and the ways girls and women are silenced or encouraged to deny the impact of this violence….”

“Sexual violence occurs along a spectrum, but the common denominator is silence,” Alvarez-Stehle told Ms.

The film begins on a beach in Spain with Alvarez-Stehle telling the story about how one summer, her nine-year-old sister was abducted by an adult man, who took her into a cabana and molested her. The incident “robbed us of our childhood’s magical aura,” says Alvarez-Stehle. Her family’s silence about the incident inspired her decades-long journey exploring the pandemic of sexual exploitation and trafficking across the globe.

The film then tells the story of Virginia Isaias—a Mexican-American woman who experienced child sex abuse, then as an adult was abducted with her infant daughter and forced into prostitution in Chiapas, Mexico. Isaias says her family taught her to be silent about her abuse, but she finds healing as she speaks out about her experiences. 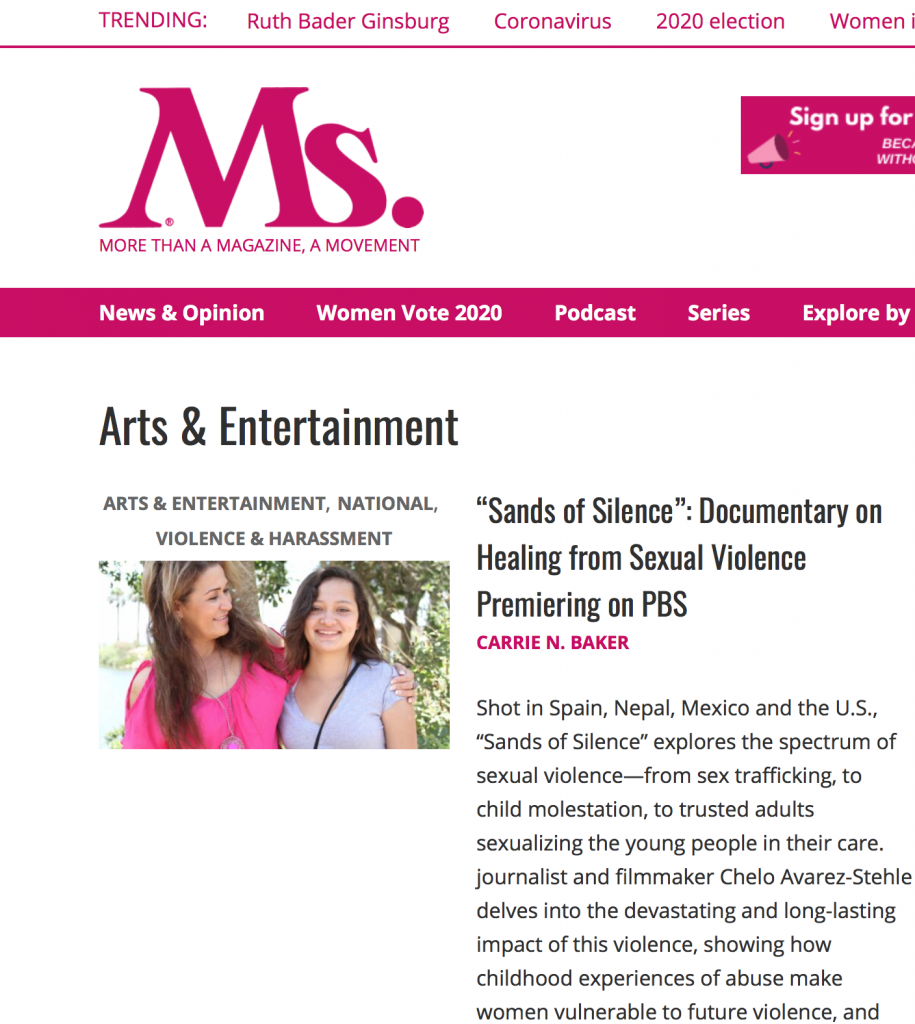