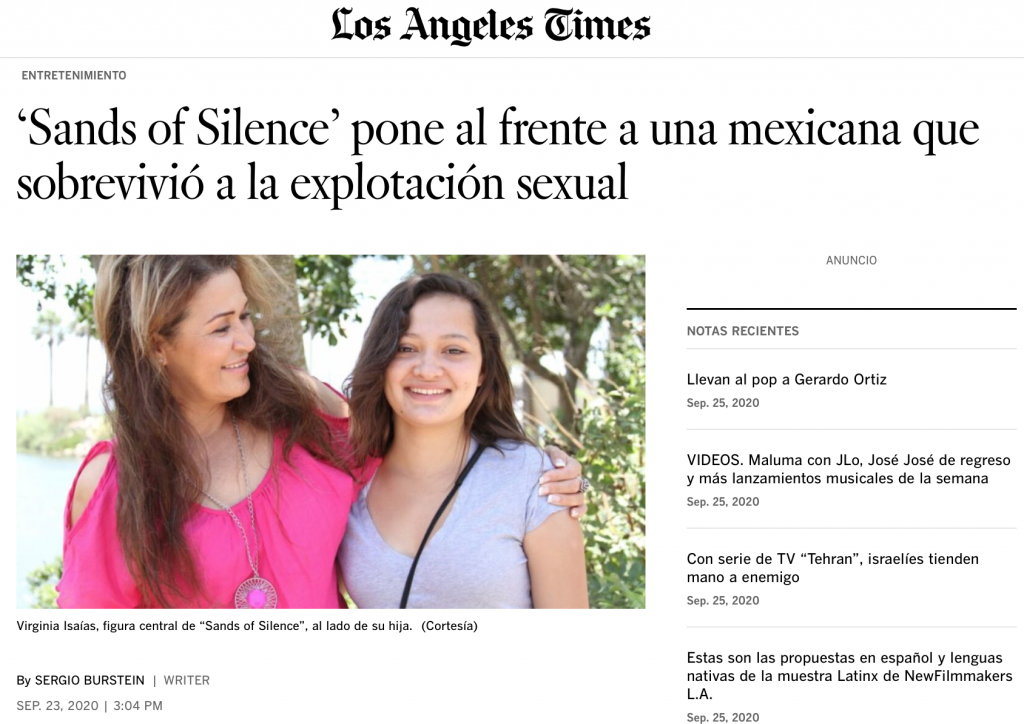 To celebrate the International Day against Sexual Exploitation and Trafficking in Women and Children (which is commemorated today) and, incidentally, Hispanic Heritage Month (which ends on October 15),  this weekend the celebrated documentary “Sands of Silence: Waves of Courage”, which deals with the aforementioned subject from a mostly Latino perspective, will be aired.

The work is inspired by Virginia Isaías, a Mexican woman who managed to escape with her 6-year-old daughter from a prostitution ring in Chiapas to finally settle in Anaheim, California, and who, after a decade of effort, rebuilt her life and became became an ambassador against sexual exploitation due to her pivotal role in the Human Trafficking Survivors Foundation.

This led to the L.A.-based Spanish documentary filmmaker Chelo Alvarez-Stehle  take a long look at a phenomenon that, unfortunately, remains active. And she did it through this work, which in addition to portraying the hardships of women belonging to various communities, she moved her to Mexico, Nepal and even her Basque Country of origin to deal with experiences from her own past.

“This is the culmination of a 12-year effort by the crew and the survivors of the film… Knowing that it is going to enter the hearts of millions of homes in the United States gives me hope. It means that countless people will be moved and inspired to act. ”