A new app and the infatigable work of advocates like Verónica Corchado in Ciudad Juárez, Mexico,  is providing a safety network to the young girls at risk of being raped, kidnapped, trafficked and disappeared everyday while commuting for work or study through what’s been called the **most dangerous corridor in the world.**

When Liz Chávez of WISE LATINA INTERNATIONAL invited us to present Sands of Silence in El Paso, TX. I tried to obtain permission to visit the detention camps as journalist to no avail. Instead, we were able to take the temperature of a growing anti-immigrant wave that has become a tsunami as of this writing. We were able to visit a sex-trafficking shelter outside of El Paso and were denied entry at an immigrant shelter for fear we too may want to cause harm to the many families seeking asylum.

Sands of Silence Executive Producer Deirdre Roney and I were part of the panel that followed the screening, which focused on assisting victims of human trafficking. The panel, moderated by Lucía Dura, University of Texas at El Paso professor, included Laura Moreno, LPC, Victim Assistance Specialist, DHS|ICE|HSI. Ms. Moreno was challenged to answer questions by members of the public on the widespread sexual abuse that unaccompanied minors in custody are experiencing. She said that a separate agency, the Office of Refugee Resettlement, is making big efforts to solve that issue. Ms. Moreno also detailed how the agency she works for focuses on assisting the victims by providing counseling services, making sure that trauma-informed interviews are conducted, connecting victims with non-profit agencies and acting as liaison between victims and law enforcement.

We did travel to Ciudad Juarez, Mexico where we met the amazing advocate Verónica Corchado. Veronica has been an organizer and social activist for human rights in Ciudad Juárez, for more than 25 years. In the course of her work, she has been victim to five assaults. Committed to social change in her community, she has developed several platforms and strategies for the elimination of violence against women, including femicides. Among them an app to provide safety to young girls living in Juarez and crossing the border everyday to go to school or work in El Paso.

Veronica is currently **Director of the Municipal Institute of Women in Ciudad Juarez** and founder of the non-profit organization Colectiva Arte Comunidad, an umbrella organization for various projects empowering women through arts and culture. She is co-founder of the Cultural Community La Promesa.

Deirdre and I traveled to a hamlet in rural Michoacán state where we visited the maximum-security shelter for women and children SIN VIOLENCIA.

We are very happy that our visit allowed the shelter to receive a grant from DOLLIES MAKING A DIFFERENCE, a non-profit based in California, after hearing heart-wrenching stories of violence and abuse.

READ HERE Deirdre Roney’s recount of our visit to the maximum-security shelter. 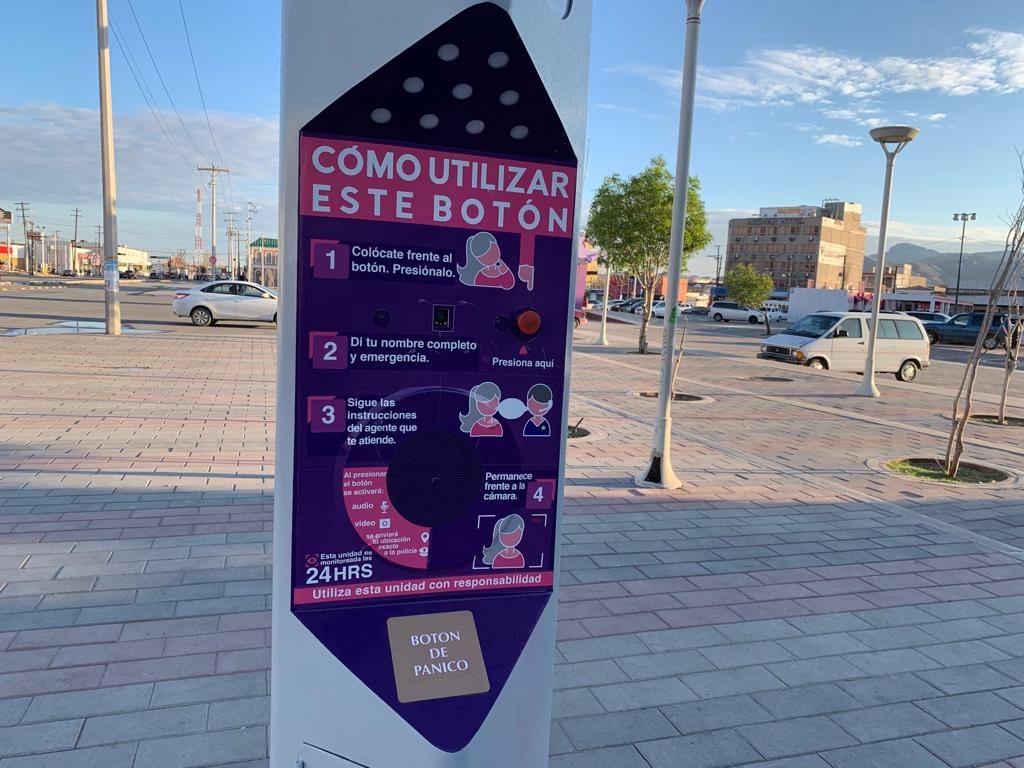 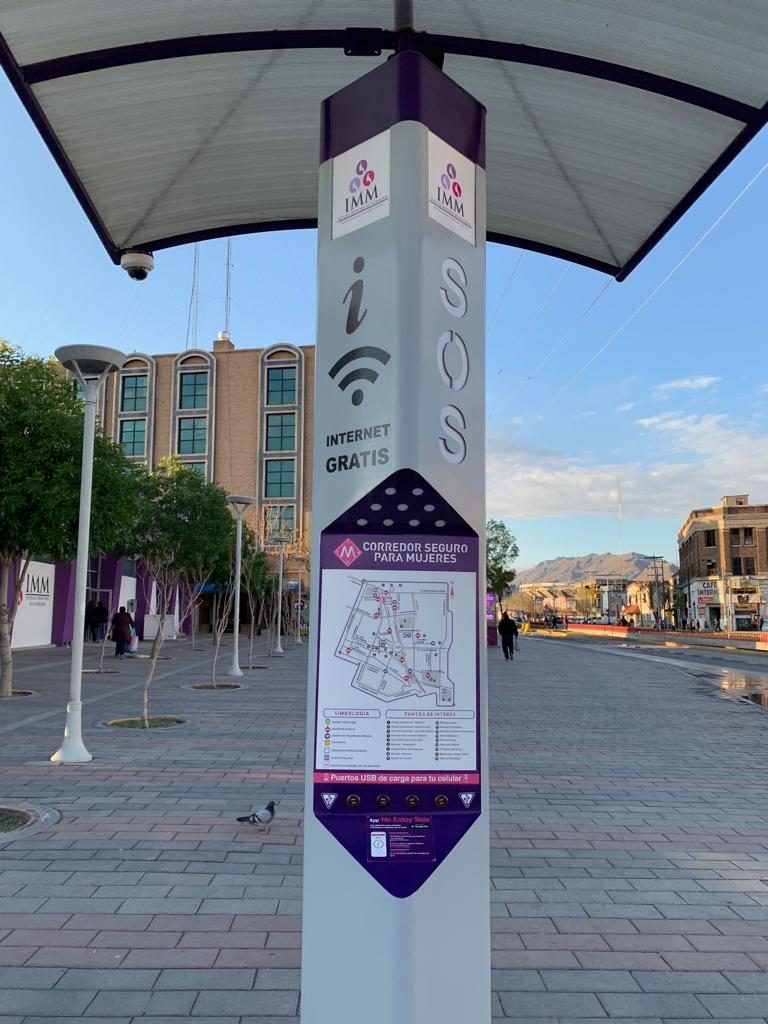 On top of the safety app, there are 11 spread out through the most dangerous part of Ciudad Juarez, that are cell phone charging stations with 24 Hrs PANICK BUTTONS to alert police and the Municipal Institute for Women. 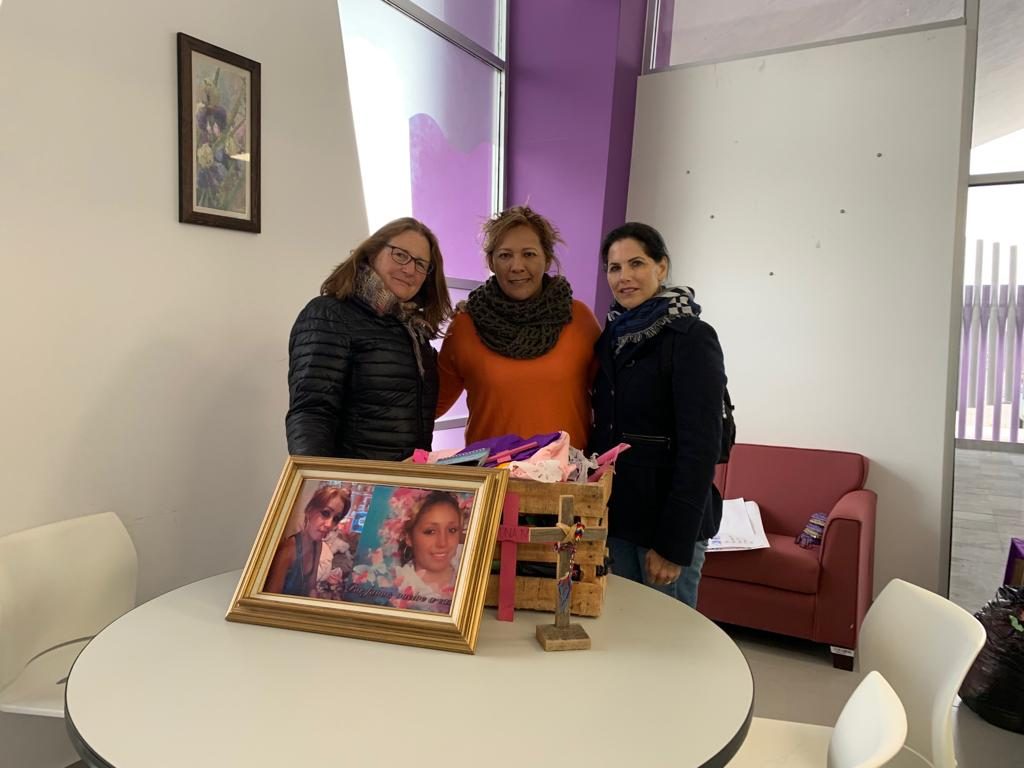 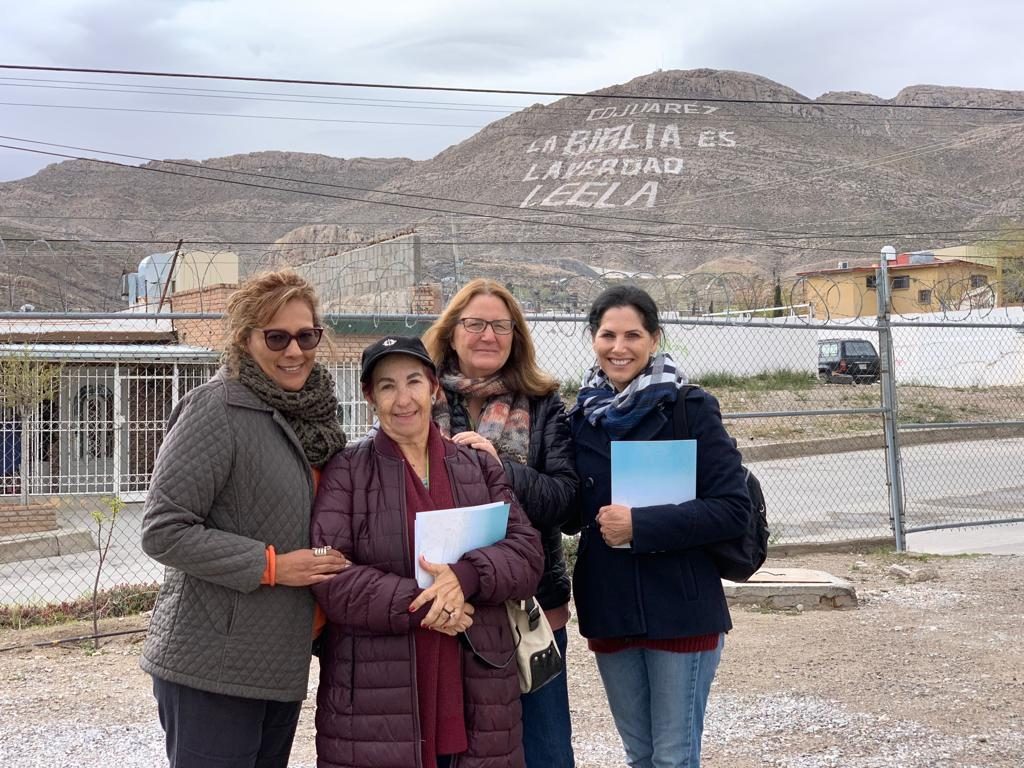 In the pictures, Chelo, Verónica Corchado and Deirdre Roney. And in the outskirts of Ciudad Juarez also with Elena Garza of Wise Latina International.