A TOOL TO EMPOWER YOUNGER GENERATIONS

The first time we presented our just finished film to high-school students in Santa Monica, California, a senior girl had her hand raised before we opened for questions. “How did you manage to forgive?” she asked, “because I am unable to forgive those who have sexually abused me.” Her question was unexpected. This was our test screening, and we had no idea that our film was going resonate in a profound way with teenagers. Since then, we’ve had many occasions to witness the film’s impact in schools and colleges from the border city of Mexicali, Mexico to Barcelona, Madrid, Oxford University and Yale. 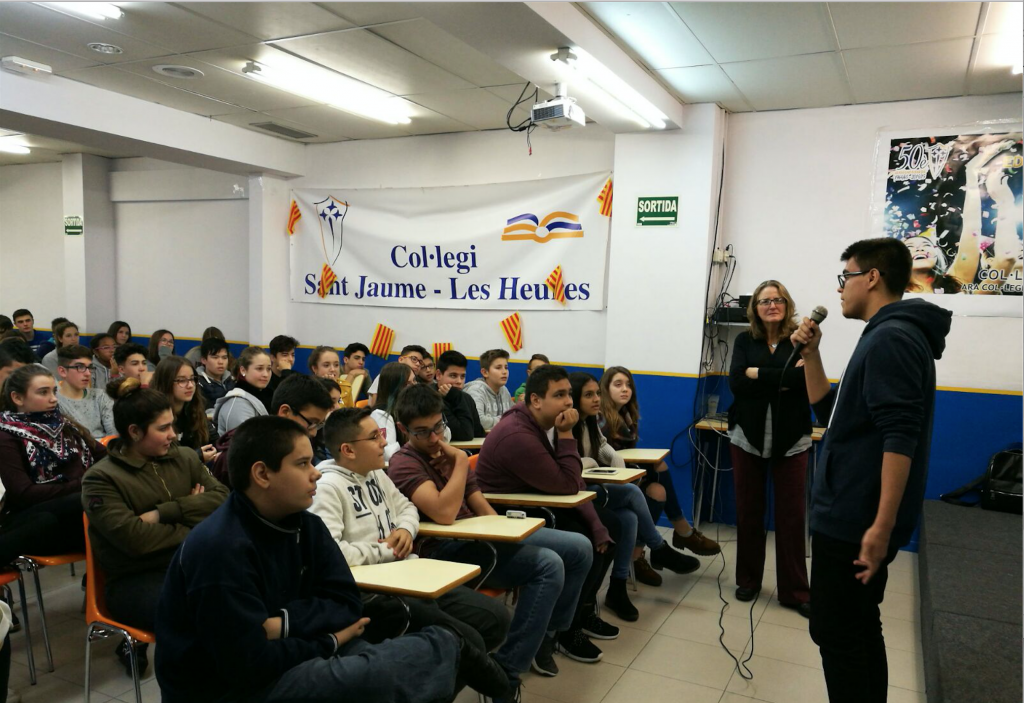 At a Q&A with a group of 100 14 to 18-year-old students in Spain, several of them found the courage to line up to share their testimony, defying those who giggled and made fun of them.

A senior said, “Someone in my family was abused by my uncle, and he is about to come out of prison like Lala’s abuser. And we don’t know what to do.”

A 16-year-old girl said, “I want you all to know that I have just become emancipated from my abusive family and am living on my own.”

Hopefully we had counselors and teachers in the audience who were able to follow up. It was the first time those stories had been told.

In the after-screening questionnaire that the 100 students filled-in that day there was at least 10 students admitting they had been victims of abuse. There were many more who knew someone very close who had been victimized. Two students felt compelled to create a club to fight sexual abuse.

A freshman at a university in Spain insisted on talking to me after the screening.
A few months back she had gone to a physical therapist for a shoulder problem. He convinced her, by showing her information on Google, that he needed to touch a point in her vagina in order to cure her. He ended up inserting a vibrator in her vagina. “When he asked me to kneel down and take a dog posture, finally something clicked for me and I left. My mother did not believe me, and when she finally did, she went to confront him, but he denied everything. Please help me. Now I have nightmares. I don’t even let my dad approach me. And I want to report him, the therapist, but I don’t know how.”

I was able to refer her to Themis [www. mujeresjuristasthemis.org], an association of women lawyers that provides legal pro bono services to victims.

2 thoughts on “A TOOL TO EMPOWER YOUNGER GENERATIONS”